"Denise Korenek has extraordinary power, but her spirit is the key to her success. The unique combination is why she was able to smash the World Paced Bicycle Speed Record with a staggering speed of 183.9 mph. She now owns the distinction of being the fastest human ever to ride a bicycle!" – John Howard, Olympic Cyclist, Cycling Hall of Famer, Winner Hawaii Ironman, Race Across America (RAAM)

BONNEVILLE SALT FLATS, UTAH. — (September 17, 2018) — Project Speed's Denise Mueller-Korenek has become the fastest human to ever ride a bicycle — setting the World's Paced Bicycle Record of 183.932 mph on September 16 at world famous Bonneville Salt Flats in Utah. Mueller-Korenek broke the previous speed record of 167 mph set by Fred Rompelberg in 1995. In a twist of historical fate, Mueller-Korenek road closely behind the same rail dragster used by Rompelberg to set his record — however, this time the dragster was driven by world famous racecar driver Shea Holbrook.

Project Speed has been one woman's story of athletic empowerment. In 2016, Mueller-Korenek became the first woman in cycling history to attempt and succeed in setting a paced bicycle land speed record at 147.75 mph on the Bonneville Salt Flats. Today, Korenek is recognized as the World's Paced Bicycle Speed Record holder after eclipsing the world's record on the second ride of the day.

"It was a crazy wild ride to 183.9 mph, but so worth the sacrifice and years of focus on becoming the fastest human on a bicycle in the world!," said Mueller-Korenek.

Holbrook, a top driver in the Pirelli World Challenge and IHRA Nitro Jam Drag Racing Series (among others), was entrusted with driving the rail dragster after having been in storage for the past 23 years, Project Speed renovated and overhauled the 26 foot long rail dragster with a 1,000 horse power methanol fueled engine to current safety standards.

At 45 years old, Korenek, is the mother of three boys, and President/CEO of Rancho Santa Fe Security Systems in Encinitas, Calif. She is passionate about encouraging women to follow their dreams. In her limited spare time, she is involved in numerous community service organizations, including Rotary & Soroptimist. 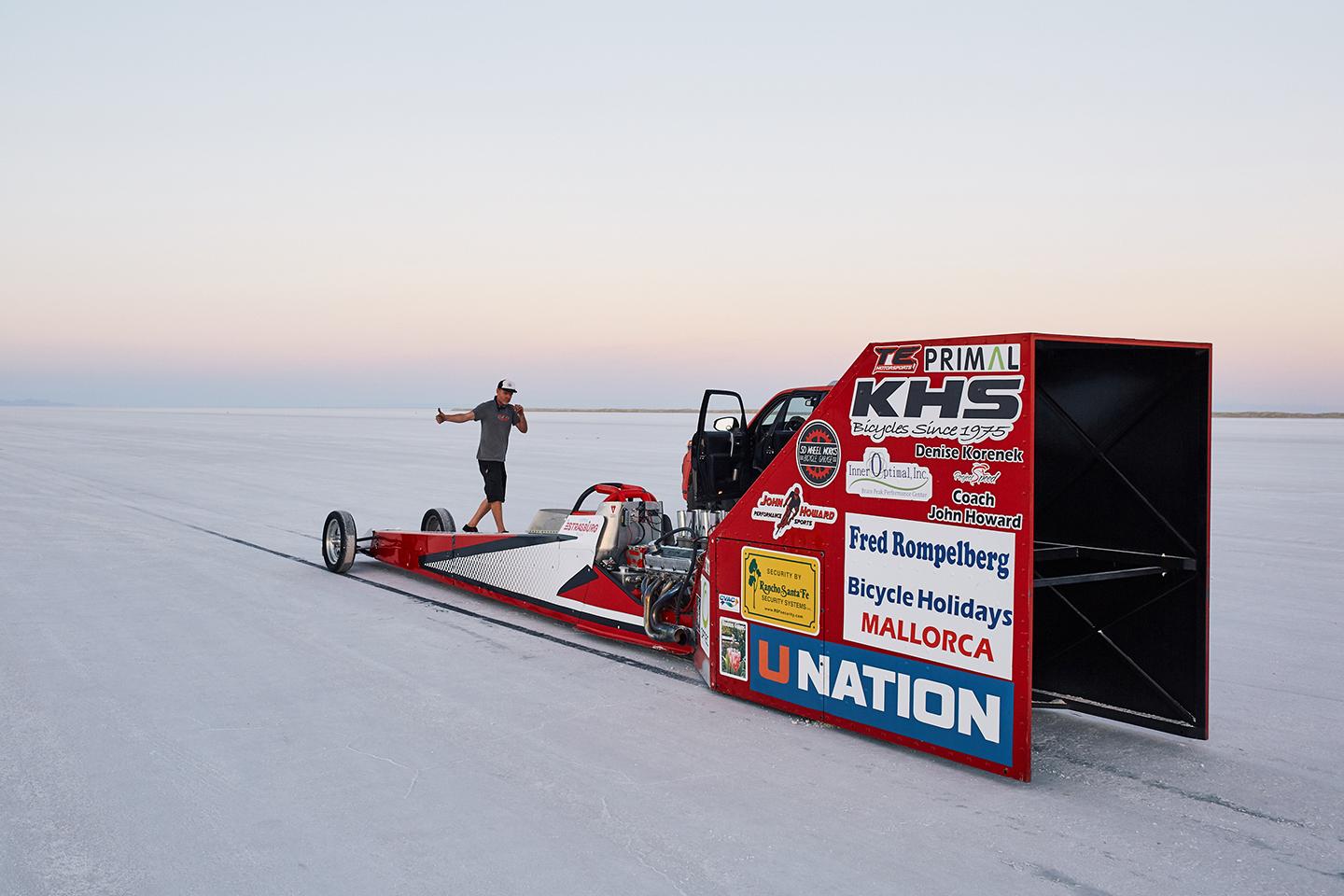 Mueller-Korenek was coached for the second time for this historic endeavor by three-time Olympic Cycling Hall of Famer John Howard, who prior to Rompelberg, had set the cycling world speed record in 1985 of 152 mph, also at Bonneville.

In addition to being Korenek's coach, Howard is also her biggest fan and vocal supporter.

"This world record by these two powerful women is the ultimate definition, and substance of the MeToo movement. On a larger scale it literally redefines the gamut of human potential," said Howard.

"For the first time pacing for Denise I drove outside of my comfort zone to get the job done. Every second of the day I'm a tad anxious but when Denise and I leave the starting line all my nerves calm," said Holbrook. "This is the most intense thing I've ever done for obvious reasons (having responsibility for someone else) but you know what crazy? I'd do it again. We made history at the Bonneville Salt Flats and it's a day I'll never forget." 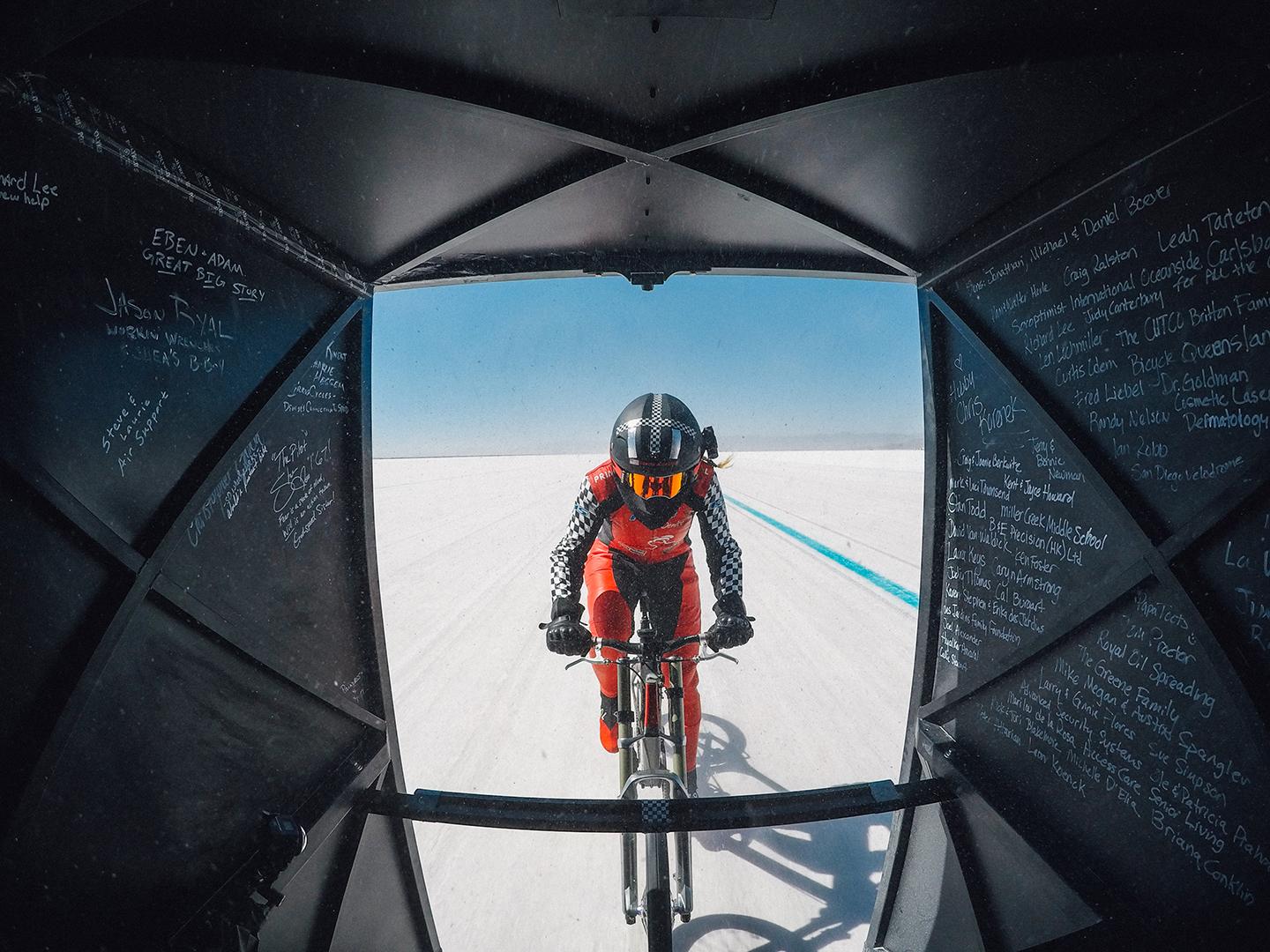