The first World Cup Mountain bike event in the US in five years could not have been more exciting or enjoyable. In the winner-take-all World Cup setting at Windham New York, perfect weather, a great venue and home town hospitality greeted riders from all over the world for the final leg of the World Cup Season.  With only the World Championship title left to decide this weekend in Quebec, two specific racers where in Windham to fight for the title of World Cup Champion.

After a season long lead by Greg Minnaar (Santa Cruz Syndcate), Gee Atherton (Commencal) overcame Minnaars lead in the last race to enter Windham with just a 7 point advantage. One of the closest in series history.

With such a tight points race qualifying became a seperate race in and of itself as In UCI Downhlll, points are also awarded for qualifying. It was great to see fan favorite Steve Peat lay down the fastest time in qualifying, but all eyes were on the Minnaar - Atherton.  Minnaar's qualifying run placed him fourth - one spot and three valuable points ahead of Atherton.  The lead was now 4 points with one run left to decide the who would win the world cup overall. Other qualifying notable included Aaron Gwinn (2nd) Sam Blenkinsop (3rd) and fan favorite Cedric Gracia showing he is on the pace in 10th.

While not in the hunt for the world cup overall, the rest of the field had the perfect opportunity to take a win and prepare for the World Championships.

Just as it has been all season, it was Atherton and Minnaar in the drivers seat as Atherton took the victory by just 37 hundreths of a second to secure the win and overall title. 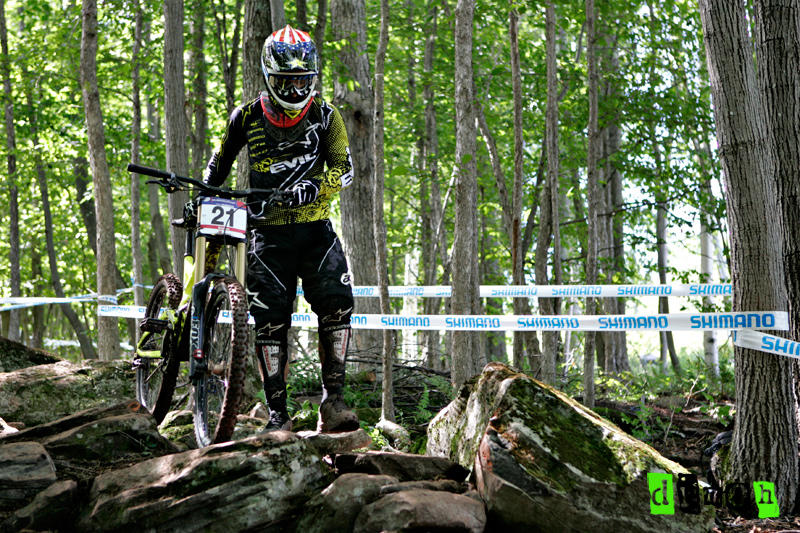 Transitions Bryn Atkinson tesing out lines over the rocks.

Steve Smith down the steep after the aligator drop at the Winham World Cup. 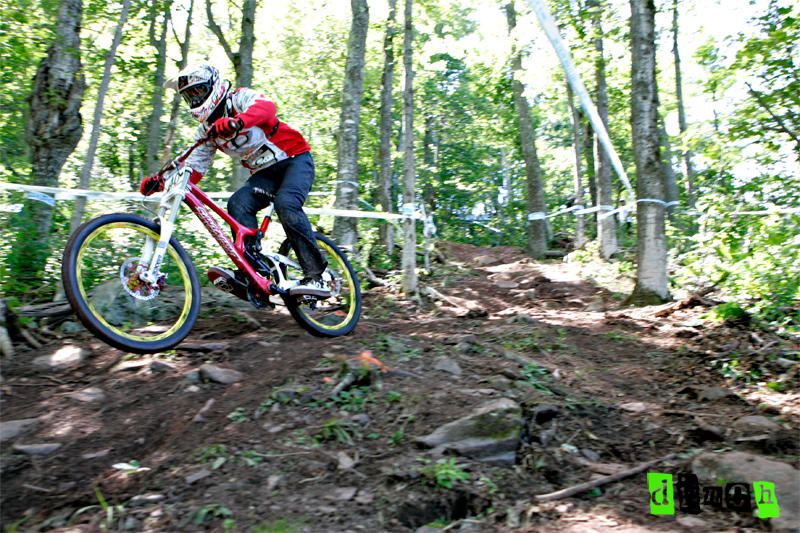 Cedric Gracia was fast and smooth taking 10th in this qualifying run.

Kevin Aiello - GT pilot roosting down the his run on the high speed section. 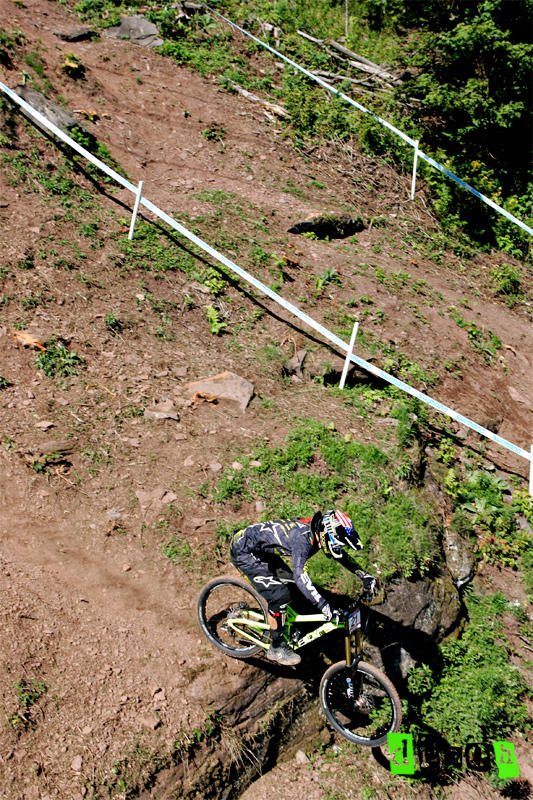 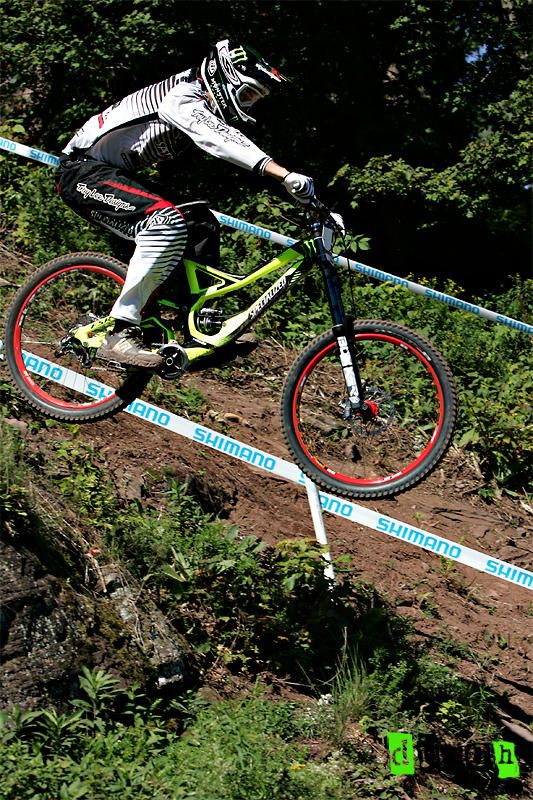 Motivated by his field trip to watch the Southwick AMA outdoor national, Brenden Fairclough sends it off the big side of the drop. 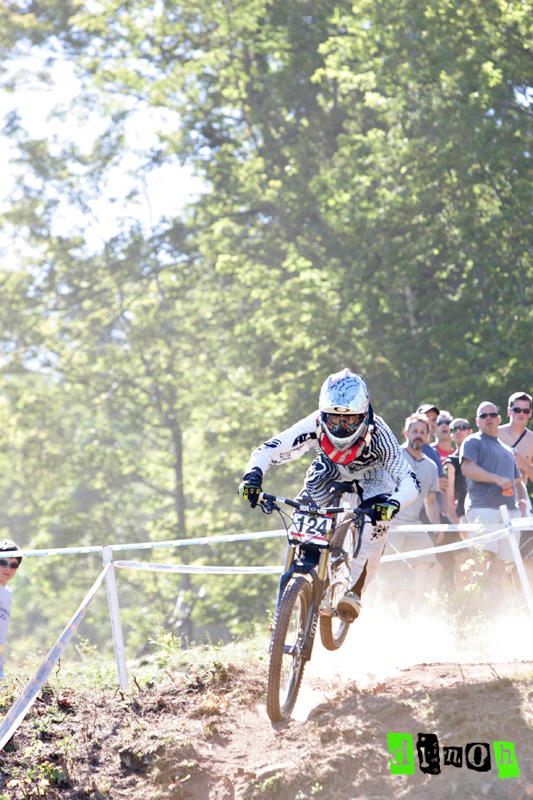 Mitch Ropalato is the present and future of downhill, dual slalom, BMX and 4x  in America. Showing off his relaxed style over the high speed bumps section the JR national champ holds his own with the worlds best.

Logan Bingelli (KHS) - drifts the loose stuff to find his line down the middle of the drop. 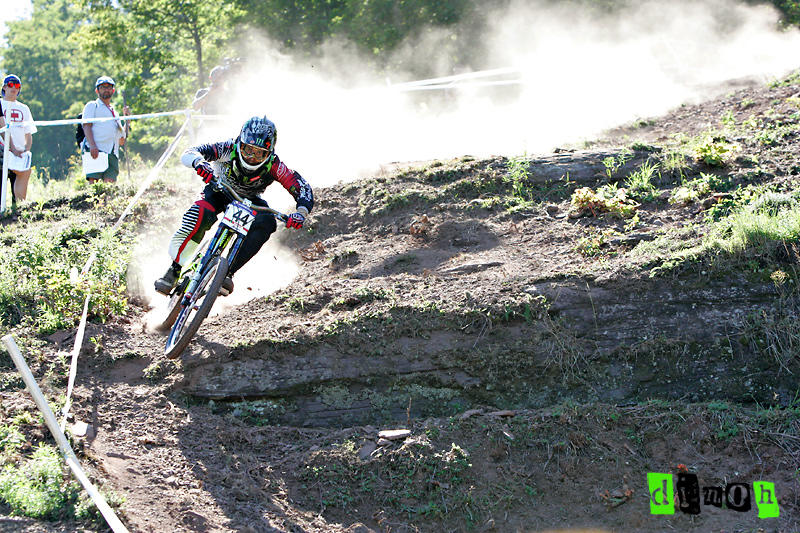 Always a favorite and always a threat, Sam Hill made his return at Windham to tune up for Worlds. Not 100 percent healthy, Sam is still one to watch.

Yeti's National champ Aaron Gwinn finds one of the remaining mud bogs on the course. Gwinn finished 4th in the race and in the overall season standings. 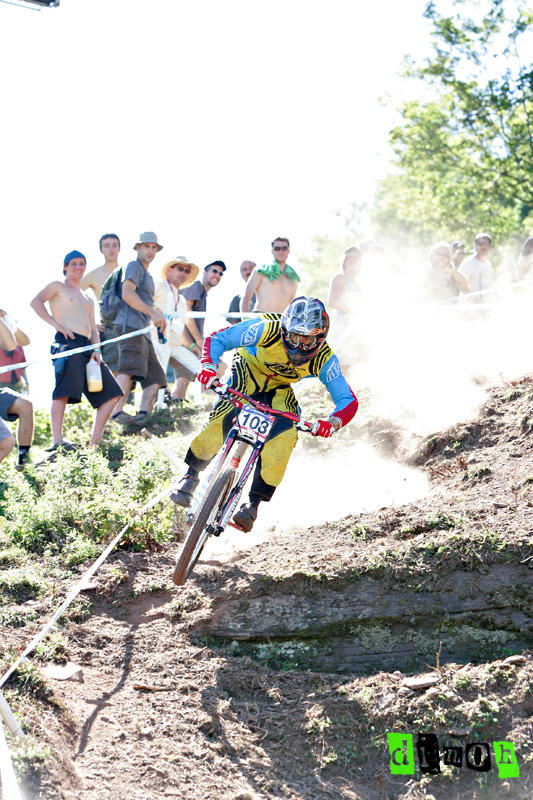 East coast ripper and privateer Jason Memmlaar had a successful season in the west this year and returned home to qualify for the main at Windham and shred the bowling alleys outside line.