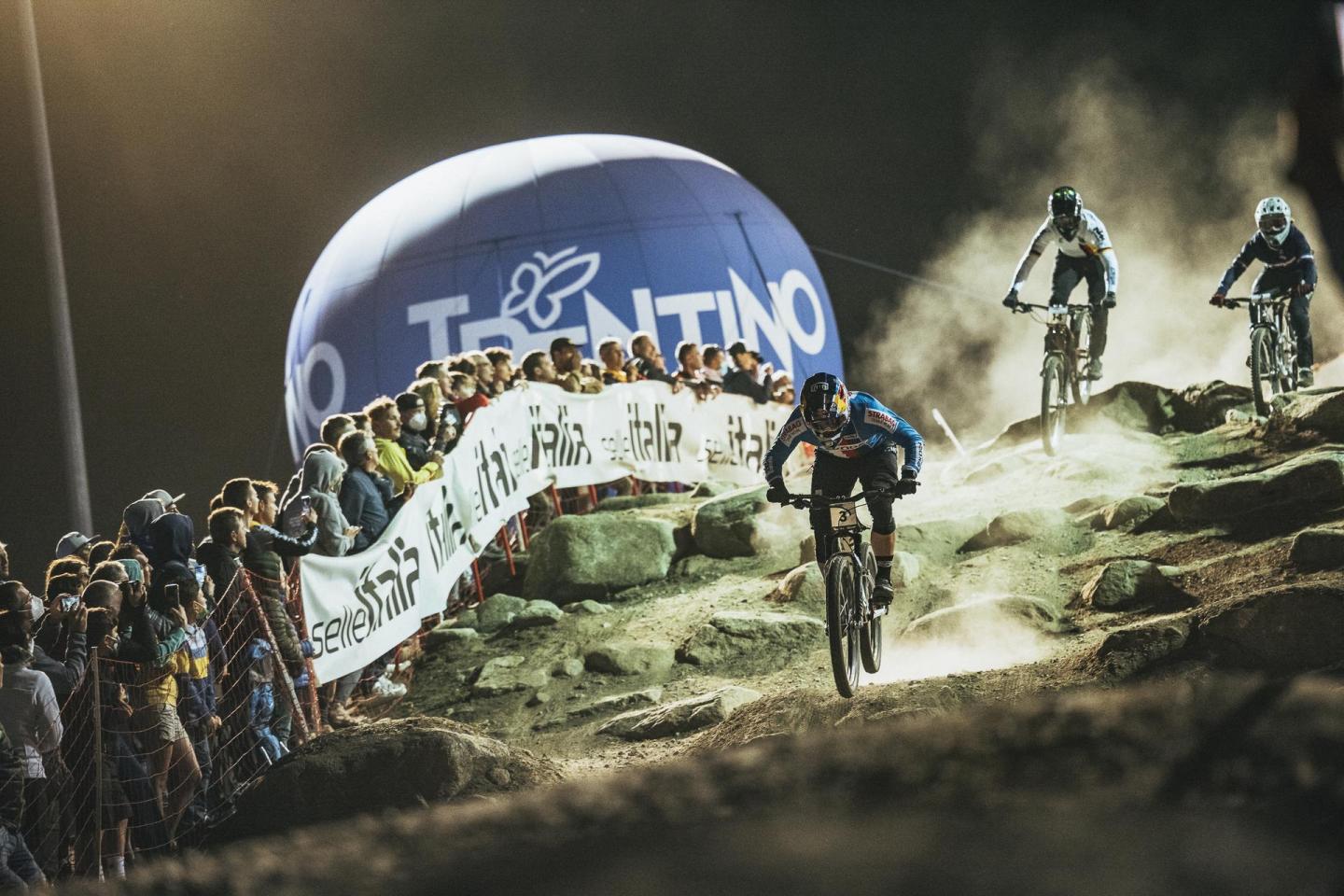 On the occasion of the 2022 UCI Mountain Bike World Cup Finals in Val di Sole, Daolasa di Commezzadura is ready to welcome the final rounds of the most important Four-Cross series in the World (September 2-3, 2022)

Another amazing year of offroad cycling in Val di Sole is shaping up. After the confirmation of the UCI Cyclocross World Cup round in snowy Vermiglio (December 17th, 2022), Val di Sole is ready to welcome another international cycling event on the occasion of the UCI Mountain Bike World Cup Finals in Daolasa di Commezzadura (September 2-4, 2022).

Some of the best pages in the Four-Cross histories were written in the Val di Sole nights. In fact, the Trentino valley hosted the last six editions of the World Championships, on a technical and spectacular course. 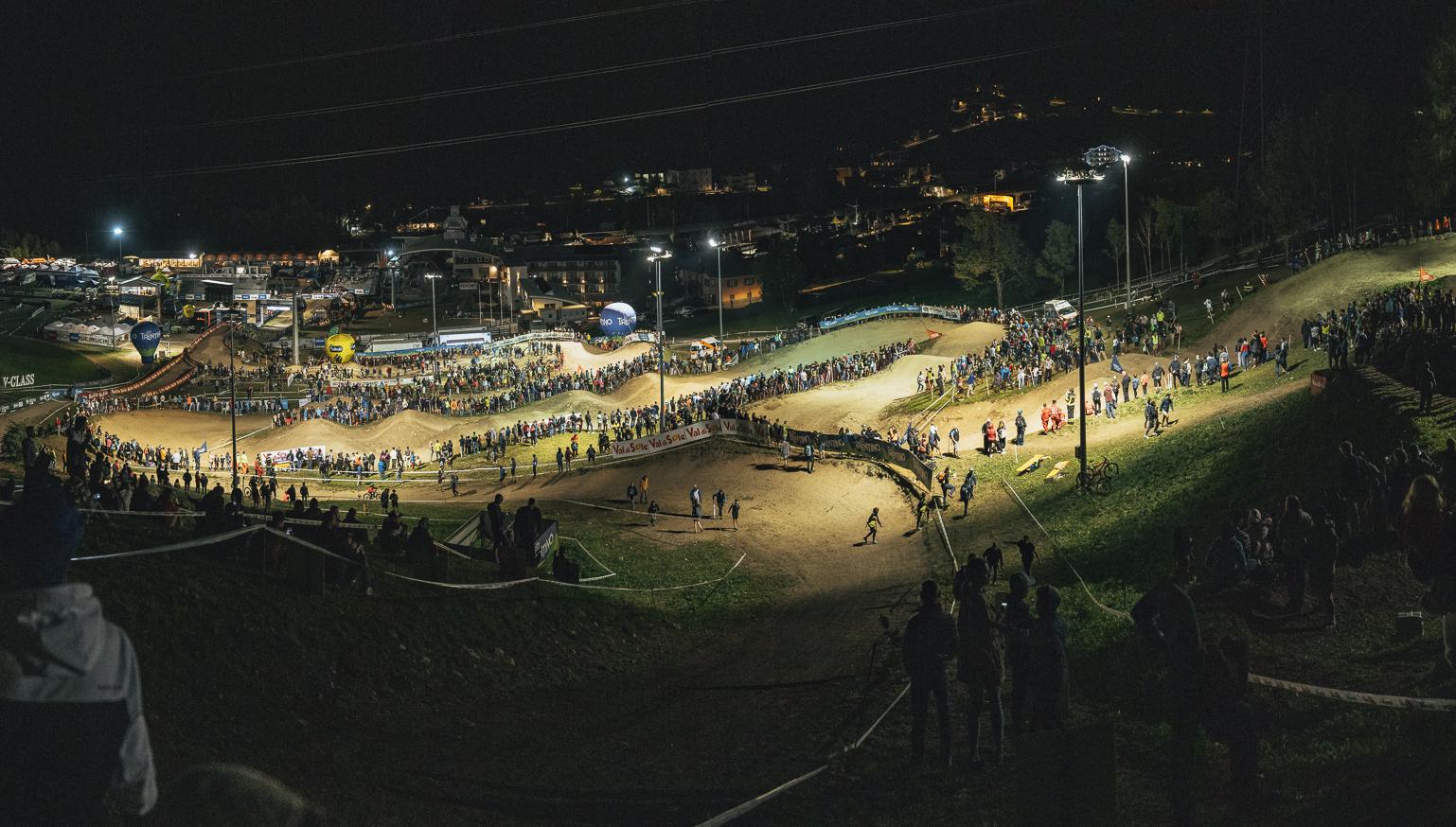 In spite of the decision to discontinue the 4X World Championships from 2022, Val di Sole fans will continue to enjoy the great show of a now-classic appointment of the World Cup weekend, and will even double it up in the forthcoming edition.

"Four-Cross is part of the history of our event" – argued Val di Sole Tourism Board and Grandi Eventi Val di Sole President Luciano Rizzi. – "We wanted to give consistency to this appointment, and the 4X Pro Tour World Series expressed the same determination to organize an event on the most challenging course on the international level. The magic atmosphere of the Night Race represents an added value for the UCI Mountain Bike World Cup Finals' weekend". 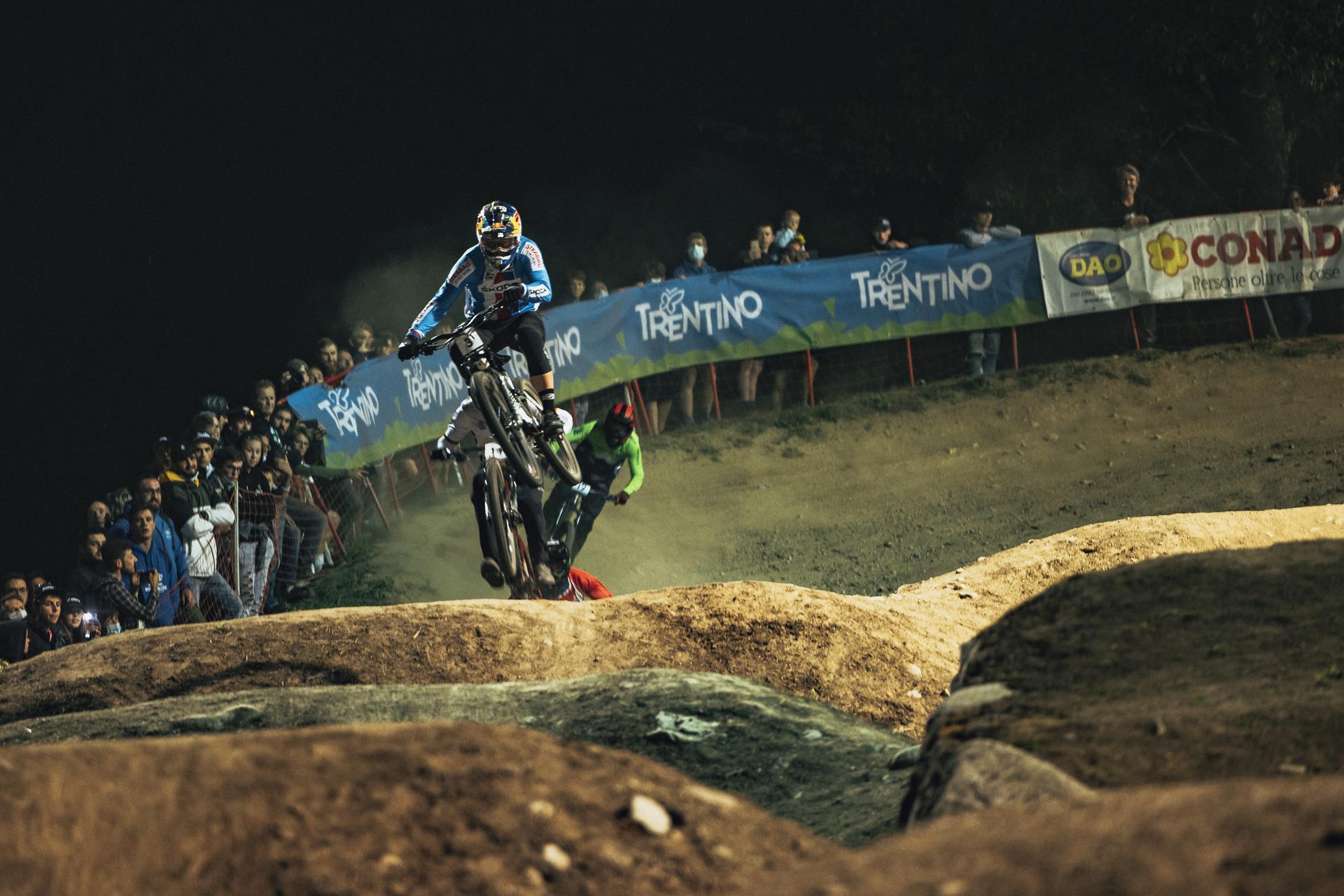